Matthias Alexander (1869 - 1955) was an Australian actor who, after developing difficulties with his voice, identified that unnecessary physical, mental and emotional habits were the root cause of many troubles in the way we operate.

Sometimes these habitual tensions become exaggerated to such an extent that they result in pain, like backache, headache or tendonitis (a common issue amongst musicians).  Therefore people very often discover the Alexander Technique because they want to resolve certain painful or debilitating conditions in a way that avoids the use of medication; Alexander himself was recommended by doctors to have surgery on his vocal cords to fix his deteriorating voice but decided to study himself to understand if his habits were getting in his own way.

Although initially Alexander was only trying to regain his vocal ability, he realised that by continuing to lessen his tensions and unnecessary habits - essentially a process of simplifying the way in which he did things - the quality and ease of his actions improved. Therefore it is more than just a method to reduce pain.  It gives the musician principles to unlock improvements in tone quality, power, fluency, velocity and ultimately opens the player to deeper  listening and sensitivity.

Unlike the many other numerous techniques developed to help musicians, the Alexander Technique sets itself apart in the way it focuses on what not to do rather than what to do. In this sense you could  call it more of an anti-technique since it is stripping away false ideas of what is required, resulting a simpler and simpler state. 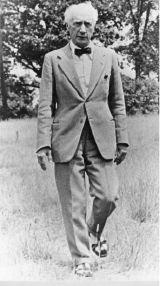